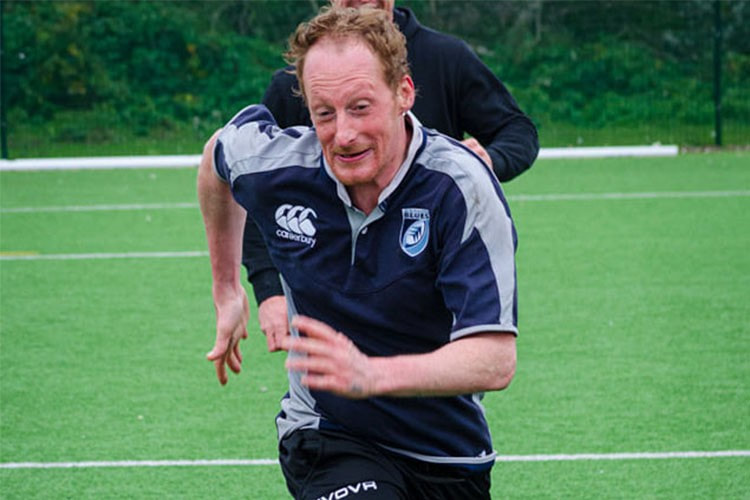 Life would have been very different for Nicholas if it wasn’t for the support he received from a training course part-funded by Seetec and Wales Probation Services.

Nicholas was an elite sportsman by the age of 17, playing ice hockey for Wales and even trialling for the National Hockey League in Canada. He was the model adolescent with dreams and aspirations. This all changed when he suffered a major trauma following an unfortunate attack. From there, things spiralled out of control and his behaviour started to change rapidly.

Nicholas ended up spending the next 17 years in and out of prison on several short-term sentences – a result of committing crimes to fund his drug addictions. He’d had his life taken away from him.

That was, until he started getting involved with the School of Hard Knocks in Wales. The School of Hard Knocks was originally set up to give young men who were long-term unemployed the skills they needed to contribute positively to society. They use high impact sport, in-depth mentoring and an evidence-based curriculum to help people to take positive steps forward in their lives.

Nicholas was apprehensive to begin with, but as a natural sportsman, his confidence soared in the first few weeks. As part of the training course, he took part in rugby training, fitness sessions and behavioural support sessions. He set goals for the future, identified his support network and received help to write his CV.

He now feels like he has a new purpose in life, meeting new people and taking part in sport again. Nicholas said: “I’m no longer hiding away. Turning up and seeing everyone every week, I love it.

“The difference the programme has made to us all is giving me such a buzz. We all know how to bring each other up when we’ve had a bad day. It gives us all so much confidence.”

The staff at the School of Hard Knocks have noticed how Nicholas is starting to turn his life around, with one facilitator saying: “He’s always the first one to turn up and the last to leave at the end of the day. He’s responded well to the extra responsibility and now leads some of the rugby warm-ups before a session.

“His enthusiasm and positivity energises everyone in the School of Hard Knocks.”

Nicholas is now keen to use his experiences to help other people and he’s determined not to go back to his old ways. He hopes to train as a barber soon.

Seetec and Wales Probation Services, as part of the Cardiff consortium, sponsored two training courses at the School of Hard Knocks for 50 people. The courses began in the middle of October 2019 and ran for a total of eight weeks. We are now also part-funding the next course which starts shortly in Barry, where Nicholas will be volunteering as a mentor to participants.