Apprenticeship Levy needs ‘shake up’ to serve businesses and communities 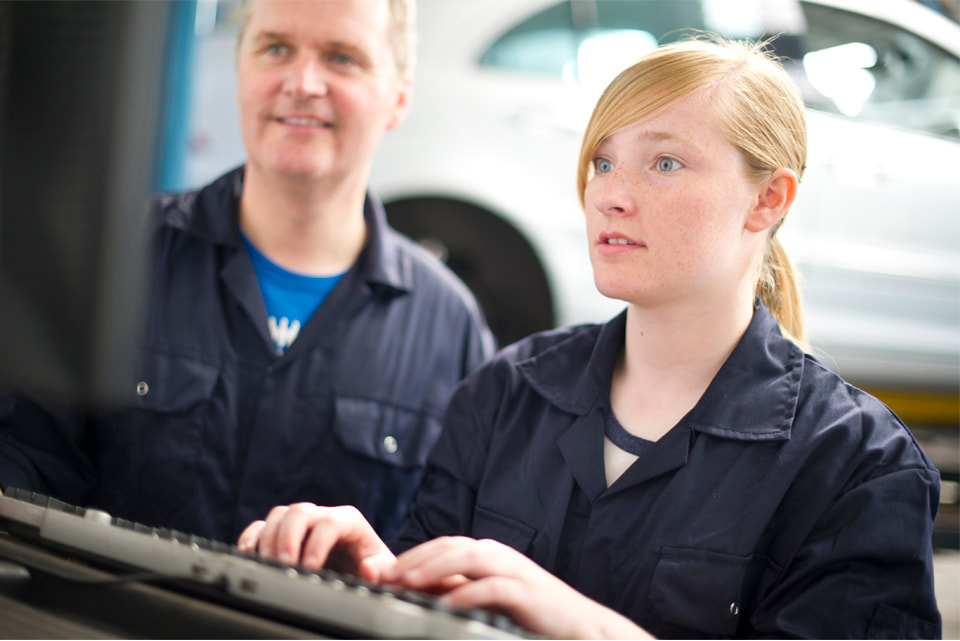 Two of the UK’s leading figures in technical education and skills are calling for a radical shake up of the apprenticeship levy system so it better serves both businesses and their communities.

Neil Bates, Chair of the Edge Foundation and John Baumback, Managing Director of Seetec, one of the UK’s leading independent training providers, argue there needs to be greater flexibility to allow businesses to use unspent levy funds to support people in local communities.

They argue more could be done to help school leavers and adults to acquire the skills and experience needed to access high quality apprenticeships.

Bates, who has spent three decades as a leader in technical education, said “The current levy system is simply not working. Less than a quarter of the available funds are being used and nearly £300m a month is being lost back to the Treasury.

“We are seeing lots of rebadging of training for existing older workers rather than planned investment in creating a talent pipeline of young people from the local community who could benefit from an apprenticeship.”

Baumback, who started his career as an apprentice with Seetec and is now Group Managing Director, added “We know that most large businesses understand their corporate responsibilities, and many have ambitious CSR programmes to support communities, schools and good causes.

“My idea is simple, rather than unspent levy being given back to HM Treasury, businesses should be able to use these funds to support educational programmes in their local communities. There are many examples of businesses like Investec, JLR, Greggs, Ford, UBS and BP who invest in education and in young people. It makes good business sense to do so because these young people are the workforce of the future.”

The call for more flexibility follows CBI Deputy Director, Josh Hardie, highlighting last year the case of a large insurer which runs an apprenticeship programme, internships, traineeships and work placements, but none are levy-compliant due to the inflexibility of the scheme.

Unintended consequences
In the first six months of the levy in 2017, apprenticeship starts fell off a cliff, plummeting by 40% on the previous year. In the levy’s first full year, employers used just 15% of the £3.9 billion pot. While this rose to 22% by January 2019, this still amounted to some £300m a month of unspent levy being taken back by HM Treasury.

A survey of employers for People Management highlighted that, of those that planned to use the levy, 35% planned to use it on MBA or management training.  Bates says while there is nothing wrong with genuine apprenticeships for older workers, there is little evidence of funding being used to encourage more school leavers to secure a high-quality apprenticeship.

He believes the absence of an early talent pipeline will impact on UK businesses in a post-Brexit world where technical skills will be at a premium.

An Edge Foundation report highlights that two thirds of UK apprentice starts are conversions of existing workers over the age of 25. In Germany and Austria 35% of all post-secondary school students are on an apprenticeship, in the UK it is just 4%. Bates says the low numbers of 16-18 year olds starting on high quality advanced apprenticeships, particularly in STEM subjects, is a fundamental weakness in the UK skills system.

The levy is not enough
Baumback stresses that the best UK employers understand the need for a skills strategy to ensure a pipeline of talent to compete in a global market. Most also have a corporate social responsibility (CSR) strategy linking the business to the local community and the education system to ensure that growth is inclusive.

Baumback and Bates argue that the best way to achieve long-term employer buy-in is to link these strategies. Allowing levy funds to be used for educational CSR initiatives would make a compelling business and social case.

Building lasting partnerships
A strong example is Ford’s Next Generation Learning (NGL) programme, recently introduced into the UK in partnership with the Edge Foundation, North East LEP and local schools.

According to Bates and Baumback, this is one of many examples of large employers engaging with their local communities and building links between schools and employers.

Bates cites Basildon, which grew up around the automotive industry in the 1960s, as an example of a community which could benefit from this approach. While technological change has transformed the town into an advanced engineering powerhouse, with highly-skilled, well-paid jobs, he argues the local education system has not kept pace.

“The consequence is that many residents do not have the education and skills needed to access these well-paid jobs. Young people, especially, are not sharing in this success. We need to make growth inclusive and allowing big business to use their levy to invest in the community benefits everyone”.

Bates and Baumback say this would make the levy a force for good, fostering partnerships between large employers, local authorities, schools and communities. It would build on regional skills devolution, shifting control of policy and resources away from central government and into the hands of those that will benefit from it.

This would be a logical next step in the reform of apprenticeships and technical education, they conclude. They are urging business groups to campaign for more flexibility, while developing a strategy to use the levy more productively.